Salem, Oregon – Three people are dead and three are injured after a collision between a passenger van carrying 13 people and a pickup truck in Marion County on Friday evening.

Two of the three have been identified as passnaged of the van, Andres Alonzo-Canil, 41, and Miguel Alonzo-Lucas, 39, were found dead at the crash site near the intersection of Sunnyview Road Northeast and Cordon Road Northeast when Marion County deputies arrived at the scene of the car crash. The other passenger that passed away has not been identified but it has been reported that they were a passenger in the van as well.

The van of Christmas tree workers was traveling east on Sunnyview Road Northeast when it turned left and collided with a Ford F-350, driven by Cory Kudna, 18, who was traveling westbound at the time of the crash. It is not clear who is at fault for the accident at this time but the MArion County CRASH team is investigating the crash.

Eleven people were injured. Three are still hospitalized, and one is in critical condition, according to the news release. The 14 people involved in the crash range in ages from 14 to 64 years old. 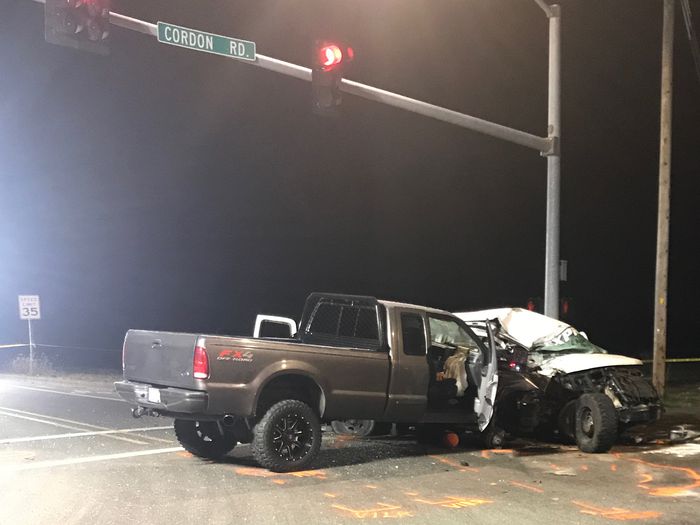 We help victims of car crashes like Andres and Miguel’s families along with the other passengers in the van. If you or a loved one has been hurt or killed in a car accident you can call or chat with us at no obligation.

Accident on I-5 Left One Dead – CA

San Diego County, California (San Diego, CA) - On Monday, January 10, 2022, an individual died in a traffic incident in San Diego. Authorities were called about 10:49 p.m. to northbound Interstate 5 and Carmel Mountain South, where they located the victim. The victim...

END_OF_DOCUMENT_TOKEN_TO_BE_REPLACED

Polk County, Oregon (OR) - On January 11, 2022, at around 7:04 AM, OSP and emergency staff rescued a two-car accident on Hwy 22W along MP 9. Based on the investigations, a westbound maroon Toyota Camry, driven by Elisabeth Robin, 34-year-old of Grand Ronde, jumped...

END_OF_DOCUMENT_TOKEN_TO_BE_REPLACED

Columbia County, Oregon (OR) - On January 10, 2022, at around 8:51 PM, OSP and emergency workers attended a report of a motor vehicle accident on Hwy 30 in milepost 59. Based on initial investigations, an eastbound white 2021 Toyota Camry driven by Austin Nash,...