Highway 138E, Oregon (Roseburg, OR) – One is dead and another in critical condition following a fatal two car accident on Highway 138E around 6:00PM.

A BMW coupe, driven by Eddie Gaylor (62) of Roseburg, was driving eastbound on Highway 138E when the BMW lost control for unknown reasons and rear-ended a Ford pickup driven by Allen Gilbert (73), of Roseburg.

The BMW spun out of control and crossed both oncoming lanes before hitting a rock embankment on the westbound shoulder.

The Ford pickup rolled on impact and Gilbert was ejected from his pickup. The pickup came to a stop in the westbound lanes of 138E.

Allen Gilbert was pronounced deceased at the scene by first responders. Gaylor was transported with critical injuries to Mercy Medical Center and later transferred to Sacred Heart Medical Center at RiverBend in Springfield.

All lanes of the highway were closed for over three hours during the crash investigation.

Investigators believe that neither GAYLOR nor GILBERT were wearing safety belts at the time of the crash. 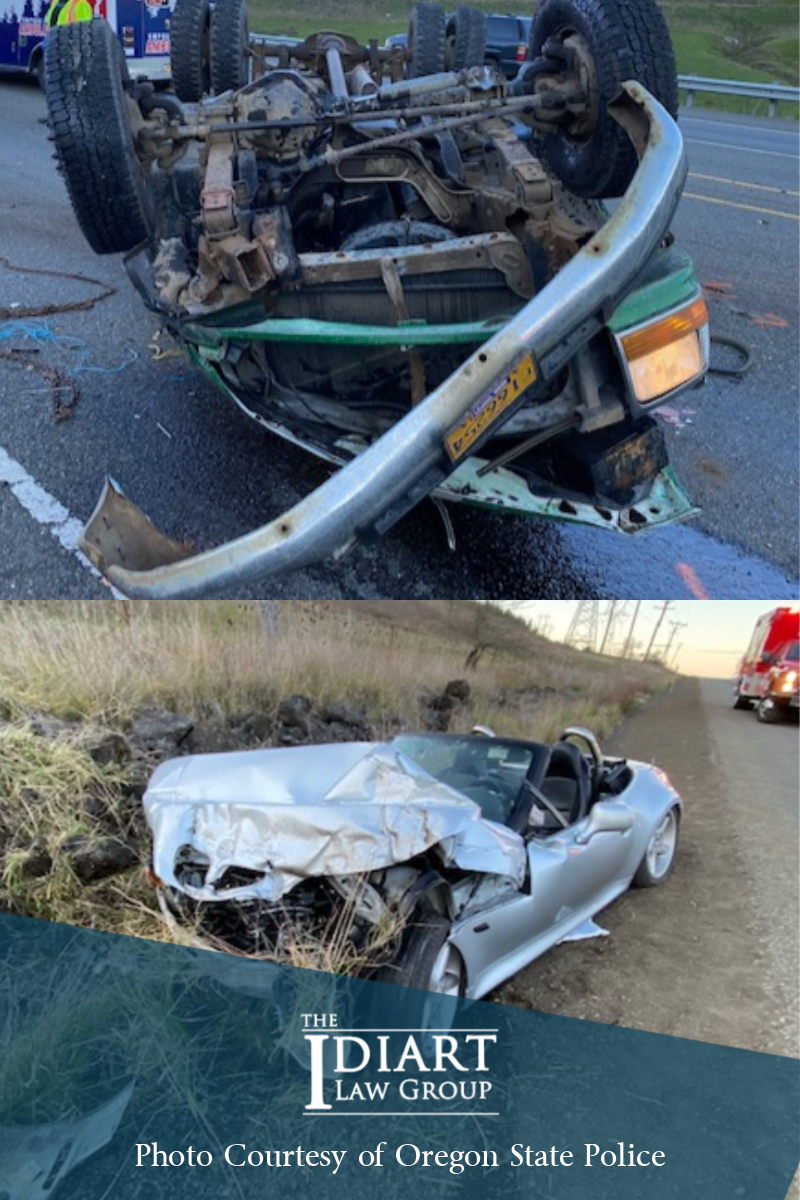 Two Injured, One Killed in Fatal Crash on HWy 97

Deschutes County, Oregon - On Monday, July 6, 2020 around 8 P.M., a two vehicle crash on Hwy 97 near milepost 118 left one driver dead and two injured. A Hyundai Accent, driven by Beauden Yetter (21) of Terrebonne, was southbound when it crossed into the northbound...

END_OF_DOCUMENT_TOKEN_TO_BE_REPLACED

Deschutes County, Oregon (Near Brothers) - Two were killed and one seriously injured after a fiery head-on crash on HWY 20E near milepost 53. Stacey White (39) of Lake Oswego, was driving eastbound in a Saturn Vue when it traveled into the westbound lane and struck a...