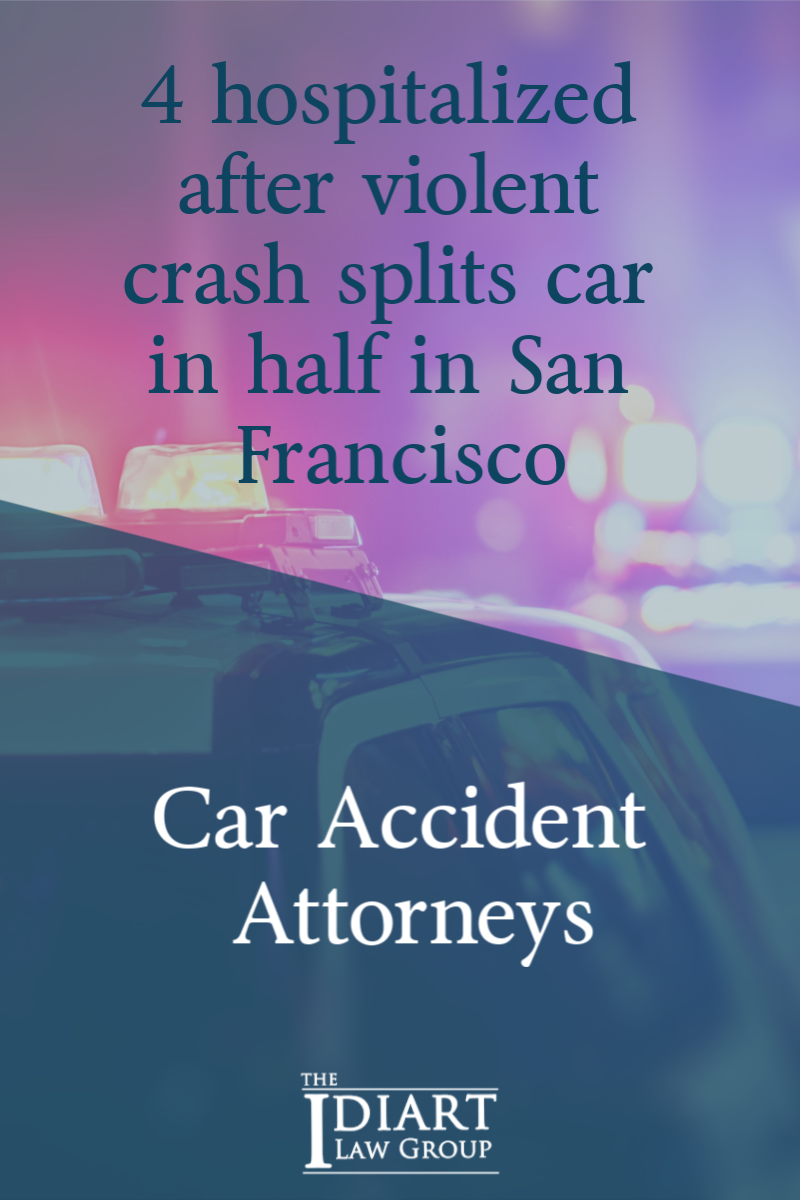 Four people were taken to a local San Francisco area hospital after a violent car crash left a car split in two in San Francisco’s Bayview District. The crash occurred at 3rd st and Carroll Ave during the early morning hours. Currently, the San Francisco police are investigating the crash but all 4 occupants of the vehicle are in stable condition.

Various local San Francisco news agencies had reporters at the scene where a fire hydrant was sheared off sending water down the streets of San Francisco. The cause of the car crash is still under investigation by San Francisco police department.